Our relationship with the female body is as long and complex as history itself. Perspectives of women are many and varied and they often have a direct influence on how the body is viewed. Who we are and the context in which we see something – or somebody – cannot be ignored. Womanhood is many things to many people. 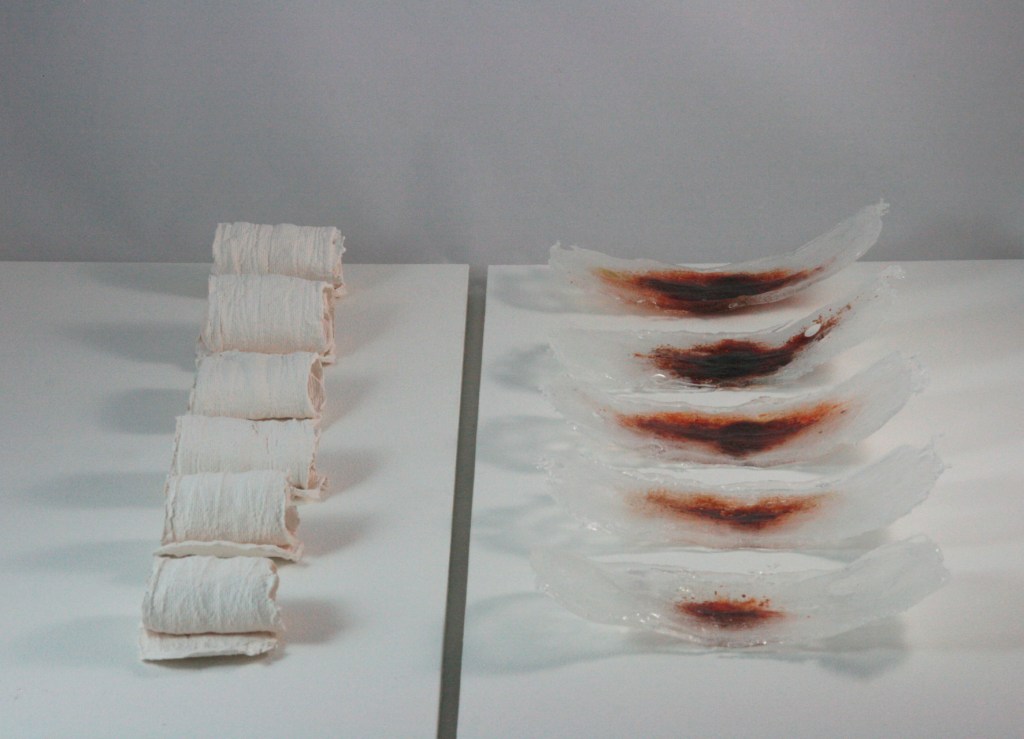 To this day menstrual blood appears to fit into the category of taboo subjects – and as such it can give rise to confusion, misunderstanding and a lack of compassion. That Time is a procession of pieces – contrasting stark red kiln formed glass and pure white porcelain pieces. They are raw accounts of recurring episodes – a reminder of the relentless stream of blood experienced by women. 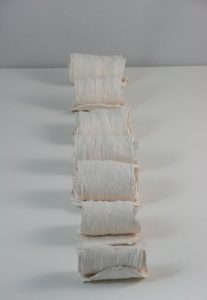 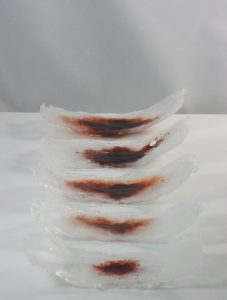 Forceps – a medical instrument used internally during a critical time in a woman’s life. The cold and hard metal object contrasts with fragile pieces made in glass – echoing personal experiences of a medical procedure. 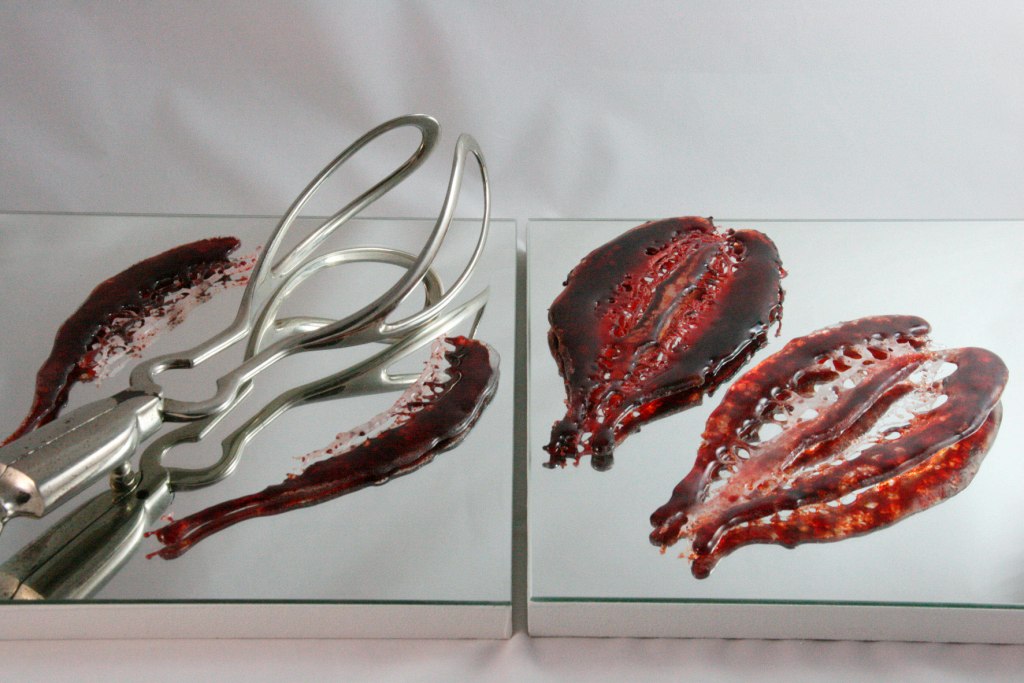 Relates topically to Extraction. However, here medical images of the female reproductive system are rendered in glass – and turned into tangible objects. 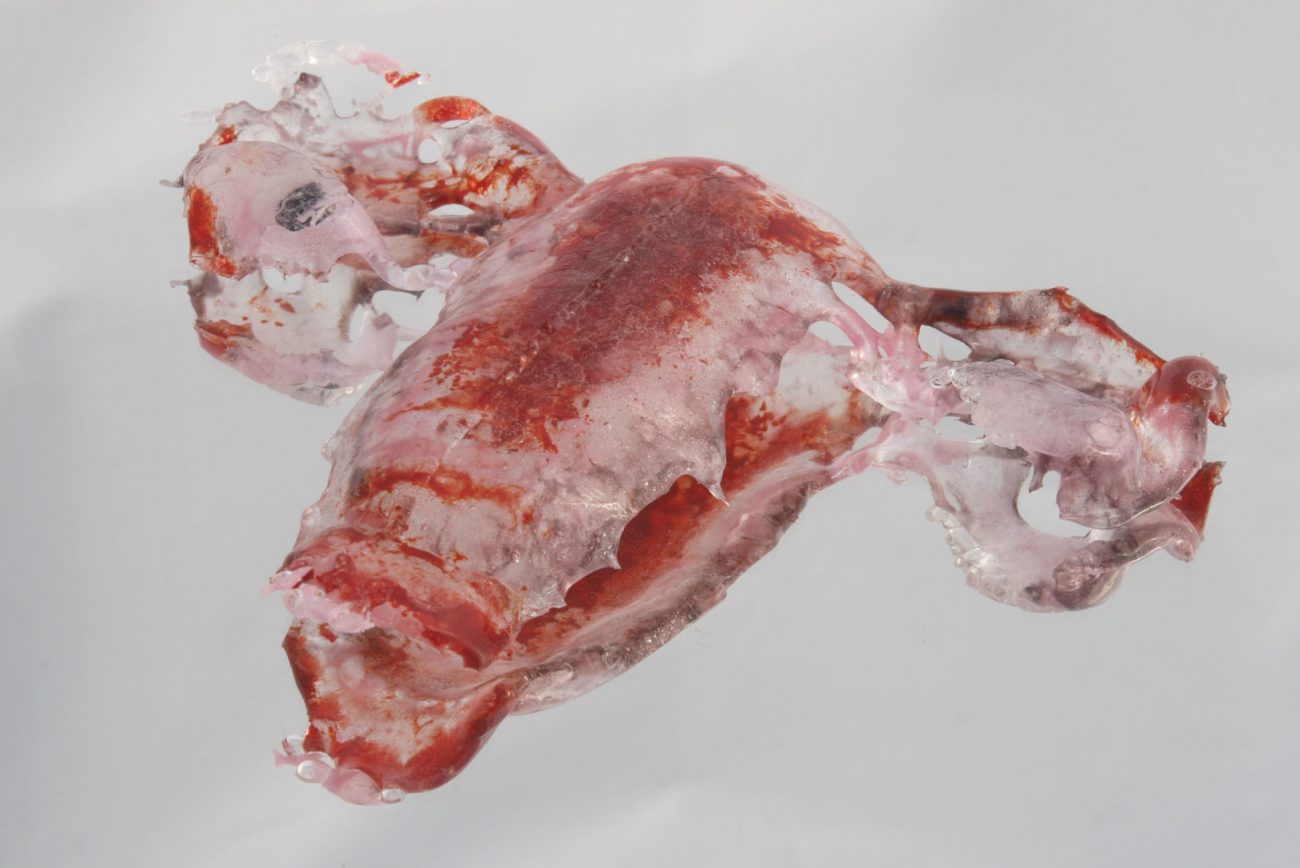 The title suggests religious connotations. But the work in fact references the blood lost during menstruation – a time when many women are still somewhat segregated from the rest of society. Small porcelain “cups” have bloody red kiln formed glass dripping from them. The pieces are placed on small glass plinths in a group – indicating solidarity – and isolation. 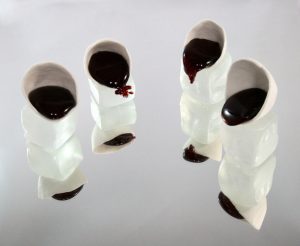